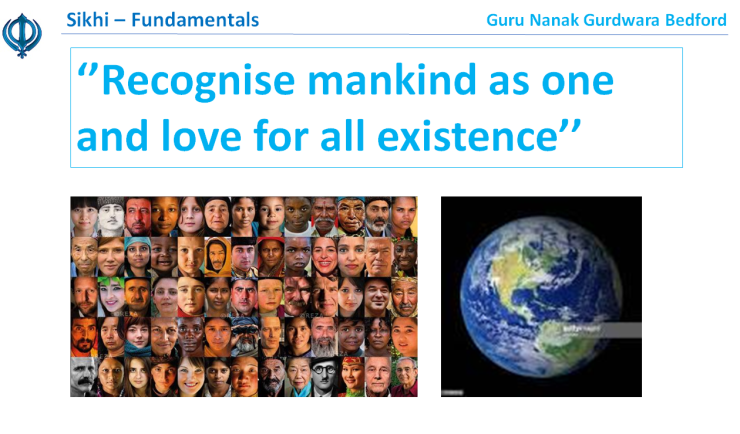 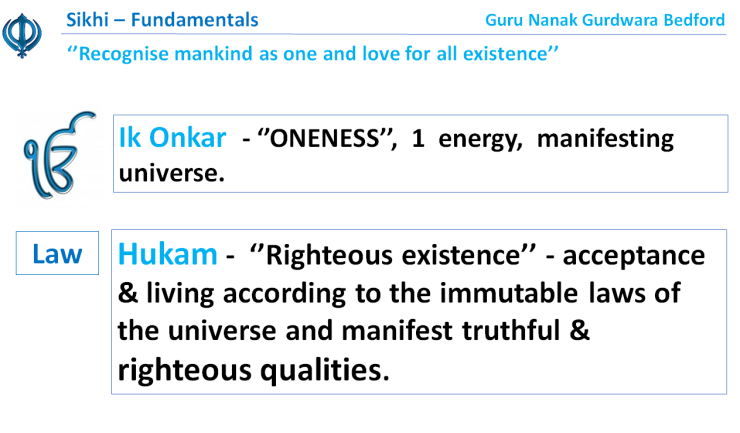 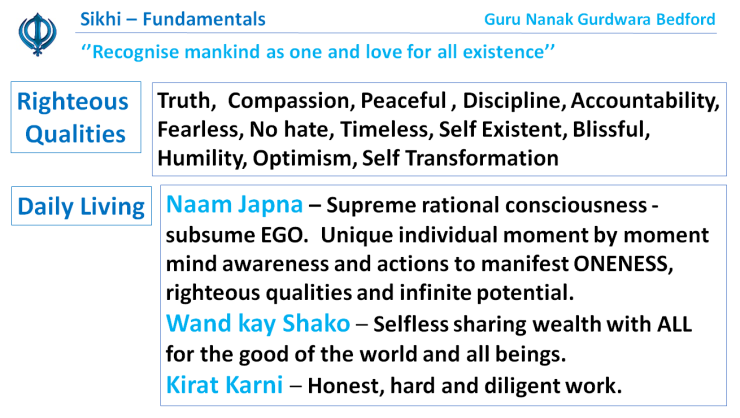 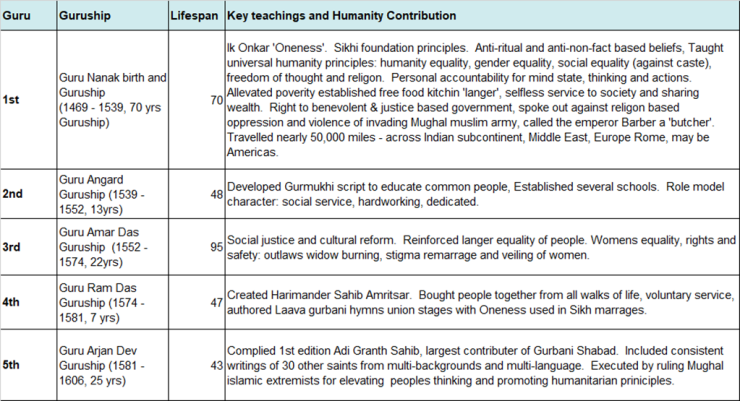 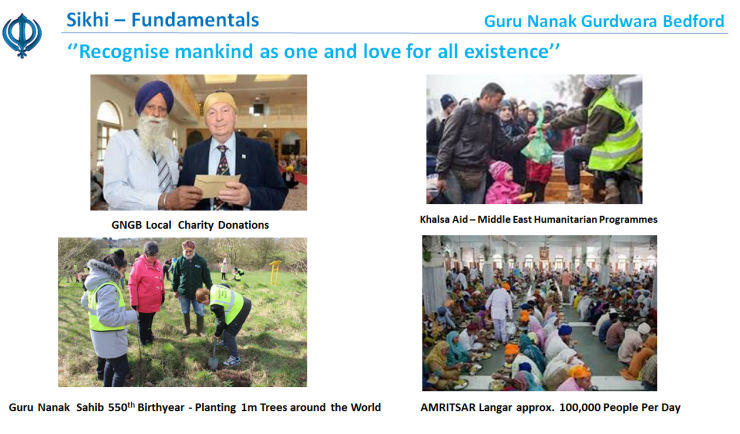 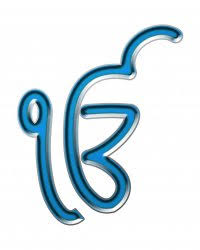 SRI You are Divine, Everything is One

SRI why Ik Onkar was defined

SRI What is the goal of a Sikh

The ten Sikh Gurus uniquely demonstrated perfect humanitarian based righteous lifestyles that accorded with rational laws of the universe.  All shared the single same divine message of Ik Onkar.  The gurus lived according to these Sikh teachings and provided a perfect transformation role model example in every case.  Even in the face of execution of themselves and their families by the immoral religious and inhuman government powers of the day, they did not deviate from the path of truth.  They continued to elevated the consciousness of humanity to provide a path for all to realise Oneness, aided the poor, fought injustice, repression and cruelty, and alleviated pain and suffering.

SGGS is a gift to humanity and the eternal Guru for Sikhs – it aims to transform the inner mind state of a human to a divine supreme state.   Each person has a unique spiritual development state.  SGGS is a personal Guru for each individual, providing a definitive universal guide to ones own spiritual and righteous existence path.

SGGS is written in poetic language set to music.   The key to understanding the poetry is to first understand the true meaning of Ik Onkar.  With this key the metaphors and principles can be understood correctly and applied to transforming the human mind using rational truthful thinking.   Equally, the poetry can be misunderstood if dualistic thinking and external ritualistic practices or worship is applied.

Uniquely, the SGGS was written directly by seven of the ten Sikh Gurus.  In total it contains the writings of 35 contributors from diverse backgrounds who all shared the same message and experiential understanding of Oneness and the laws of nature.    SGGS was finally sealed by the 10th Guru Sri Guru Gobind Singh Ji in 1708. 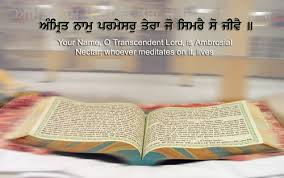 SGGS starts with a definition of Ik Onkar in the Mool Manter or root verse.  This is then explained through major shabad or divine poetic hymns.

The first shabad Jap Ji Sahib by Guru Nanak Sahib meaning to understand and through this comprehension manifest a lifestyle based on the rational  laws of nature.   Jap Ji starts by questioning and rejecting historical religious concepts, external ritualistic and divisive social practices.  Instead it explains the real purpose of existence is to understand and transform the mind with truthful knowledge to live a lifestyle that fully accord with the universe.  To have total accountability and responsibility for our actions.  This is message is amplified throughout the rest of SGGS.

SGGS has 5877 Shabad all set to musical raag measures.  These are recited and sung in Kirtan.

The Sikh Ardas a prayer for humanity.

A Sikh fully accepts the concept of Ik Onkar and has a daily lifestyle that embodies the universal principles and wisdom in SGGS.  SGGS  is the highest authority on Sikh lifestyle.

The Sikh Rehat Maryada defined by the Sikh Panth provides guidelines for daily living. The  Sri Akaal Tahkt the Sikh temporal leadership body has adopted this guideline as the standard of behaviour.  It must not be used as a ritualistic or rigid guideline that results in practices that are contrary to the SGGS universal principles.

The function of Akal Takht is to effect decisions that are truthful and transparent in accordance with righteous universal principles with Sri Guru Granth Sahib.  Therefore, any decision that is untruthful, inhumain,  immoral, unjust, politically biased,  or narrow group or self interest based must be rejected by Akal Takht and all Sikhs.

Gurpurab Dates based on Nanakshahi Calendar

The old Bikrami calendar used for setting date is inaccurate with an error of 1 day in about 71 years. The proposed Nanakshahi calendar reduces this error to one day in about 3,300 years, but in the case of Nanakshahi calendar this error will automatically be corrected, whenever the correction to the Common Era calendar is made. The new Nanakshahi calendar baselined in 2003 is simple, rational, more accurate, and conforms to Gurbani.  Sankrants will occur on the same dates in the CE year, every year. All Gurpurbs will also occur on the same dates every year, with one exception noted above. There will not be any need to consult primitive outdated Jantri publishers to find out when a Gurpurb is to occur.